Quick and accurate decision-making is an essential skill for all professionals in the medical field. Current hospital training is often done with a combination of low-fidelity and high-fidelity approaches—meaning traditional pen-and-paper, classrooms, and videos on the one hand and full-blown simulations with live actors in real-life settings on the other. The gap between these two approaches means that trainees are often not fully prepared for simulation training when they first experience it. Simulations are extremely costly as they tie up resources and personnel for several hours at a time. BC Women's Hospital was eager to find a new training methodology that would improve the trainee's decision-making skills and overall preparedness for simulation training, with the goal of reducing the number of simulations that trainees require.

In this case study session, you’ll learn more the creation of a series of "mid-fidelity" virtual reality training modules that were created as a collaboration between BC Women's Hospital and Motive.io with the goal of bridging the gap between the current low-fidelity and high-fidelity training practices. The training modules cover two different scenarios: the first takes place in a labor and delivery room, the second represents a more dire emergency in an operating room. In both cases the same scenario has been created from three different perspectives—anesthesiologist, nurse, physician—to test their particular role in the decision-making process. We’ll describe the key steps in the design process, from the initial observations by the development team, to translating the scenario descriptions from into virtual reality, and finally testing the results with health care trainees. We’ll walk you through our process for capturing training outcomes and scenarios from a subject matter expert in a way that can be directly applied to a virtual environment. We’ll discuss the particular challenges of creating interactions in VR and how we either worked around or embraced them during the scenario development phase. We’ll also discuss how we re-created a full 3D environment from scratch, including expected costs and time frame. You'll leave this session with a recipe book of best practices that you can use to ensure your own collaborative VR projects are a great success.

In this session, you will learn: 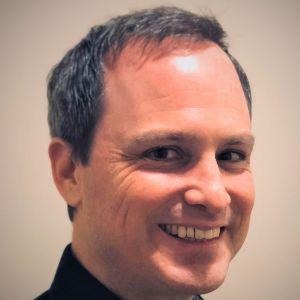